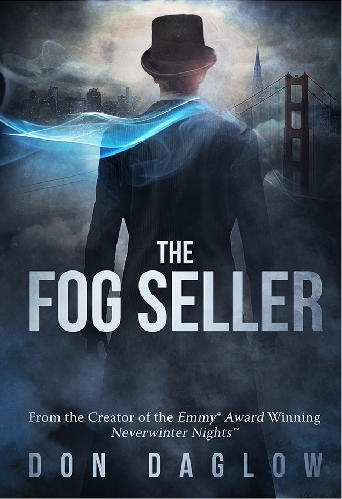 The mystery novel The Fog Seller by Don Daglow, published by Sausalito Media LLC, has made the list of the top 50 new releases in its narrow mystery niche on Amazon -- a category where over 1,000 new titles are published every month.

The Fog Seller tells the story of Steve Ondelle, a teacher-turned-deckhand on the Sausalito Ferry who refuses to talk about the past and speaks in his own unique dialect of English. When the crusading San Francisco Supervisor who saved hundreds of families' homes from the bulldozers of a big developer is assassinated Steve becomes the perfect distraction for the San Francisco police. The silent loner is left with no choice but to try to prove his innocence himself.

The book features a cast of characters as unique as its setting in Sausalito, San Francisco and the Sausalito Ferry. Steve's allies include unlikely heroes with names like Leonard the Human Statue, Eli of the Coral Reef, The Prophet of Market Street... and Liam the Fog Seller.

Author Daglow comes from a five-generation San Francisco and Marin County family whose roots go back to before the 1906 Earthquake and Fire. He is the creator of Neverwinter Nights™, which won a Technical Emmy® in 2008 from the National Academy of Television Arts and Sciences, and which ran for six years on AOL before spawning a long series of successful game titles.