We Publish OurSausalito.com and Books About Sausalito
"The Fog Seller" Mystery Novel Makes a Top 50 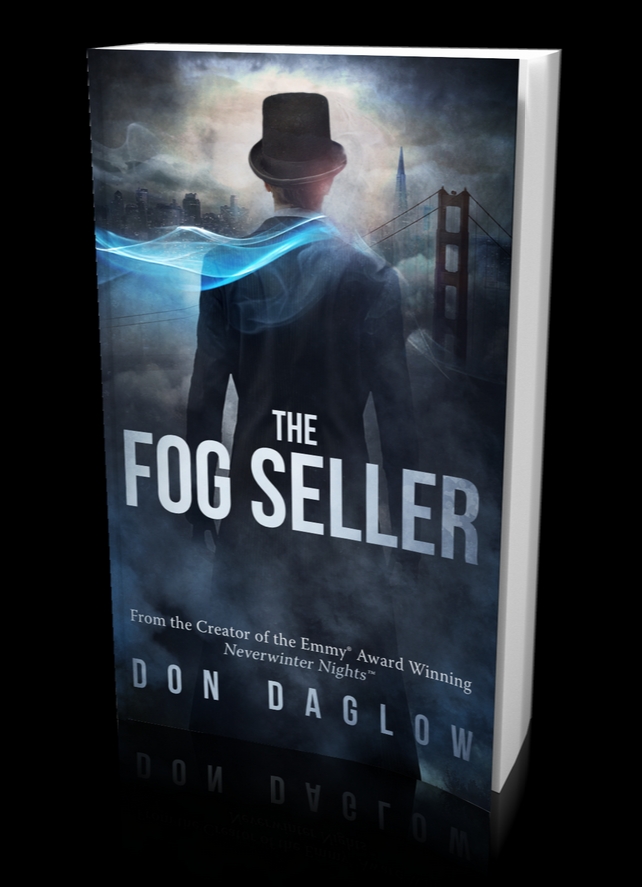 Sausalito Media is proud to announce the release of its first fiction title, The Fog Seller by local author Don Daglow, creator of the Emmy® Award-winning Neverwinter Nights™, which ran on AOL for six years.

Assassinated: The crusading politician who saved hundreds of homes from the bulldozers of a big developer.

Accused: A young loner who speaks his own unique dialect of English and refuses to answer questions.

Unexpected: A woman who will risk her promising future for a man without a past.

When teacher-turned-deckhand Steve Ondelle is framed for the killing of a San Francisco Supervisor he tumbles into a world of billion-dollar deals and bizarre sexual adventures, a world where hard evidence depicts him as a misfit who turns to murder.

From the piers of Sausalito to the penthouses of San Francisco Steve searches for answers, with unlikely allies like Leonard the Human Statue, Eli of the Coral Reef, The Prophet of Market Street… and Liam the Fog Seller.

The Fog Seller is available in paperback and for Kindle and other e-readers on Amazon.com.

The comments to this entry are closed.